Dana and Garhett’s fall inspired Four Seasons Wedding with Hopple Popple was full of classic romance. The details of this wedding still have us smiling. For starters, Garhett proposed with the help of Nala, the couple’s dog. Garhett created an adorable customized dog-tag that said “Dana” on one side and “Will You Marry Me?” on the other. We joined the bridal party at the Four Season’s where preparations for the day were in full swing.

The ceremony took place under a chuppah of white roses, hydrangea and greenery that framed the couple as they exchanged vows in front of their loved ones. After the ceremony, guests enjoyed cocktail hour, with a striking escort card table that greeted guests. The celebrating continued into the reception with a modern autumn palette. The tablescapes featured hints of soft pinks balanced with creams and golds; lush centerpieces of exotic and traditional flowers.  A draped wall of candlelight and flowers anchored the space and provided a warm backdrop for the band.

After toasts and dinner, dancing and dessert was on the agenda as the guests enjoyed the many fun details Dana and Gahrett put together. From the wedding cake topped with a dog-tag welcoming the newly married “Solomans” to the local artist who painted a portrait of the wedding as a keepsake for the couple. And of course, who could forget the Halloween-inspired favors specially made by the mother of the bride.

Congratulations again, Dana and Gahrett, thank you for letting Person + Killian capture this special day. Also thank you to Jim Peters and his team at the Four Seasons as well as Linda, Aya and Julie and their team at Hopple Popple for creating the perfect day for such a fantastic couple. 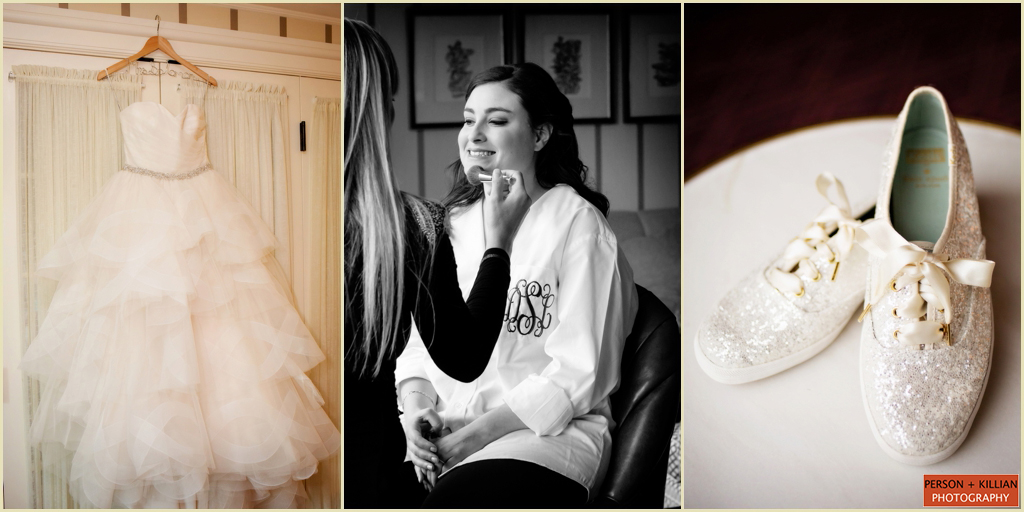 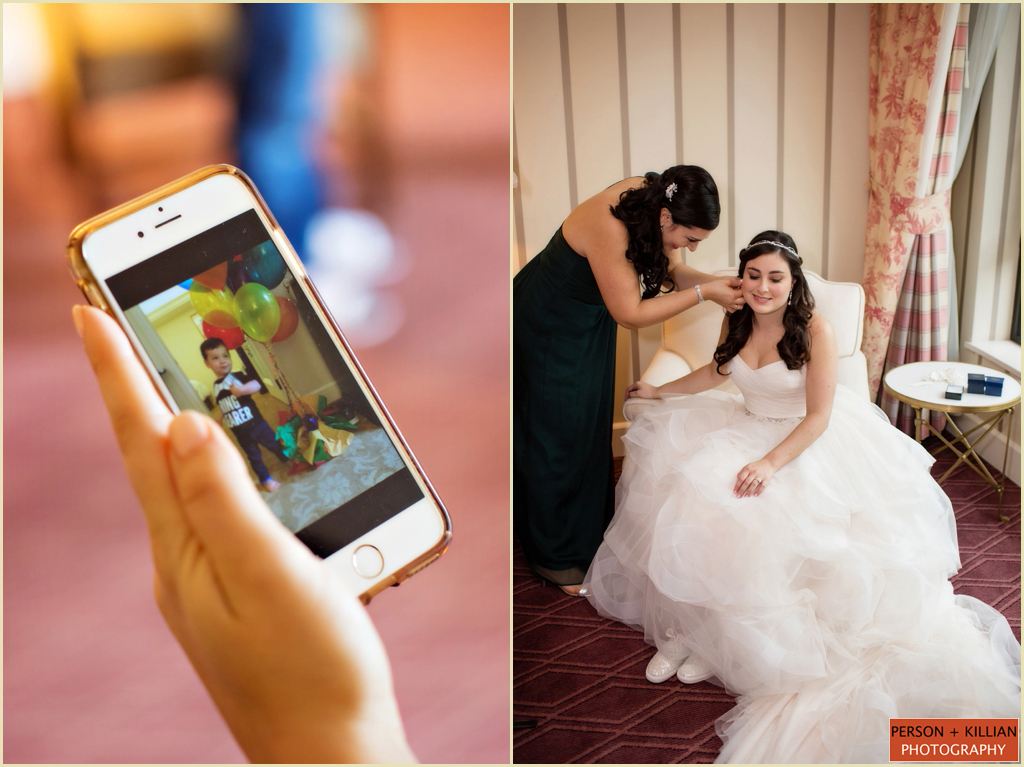 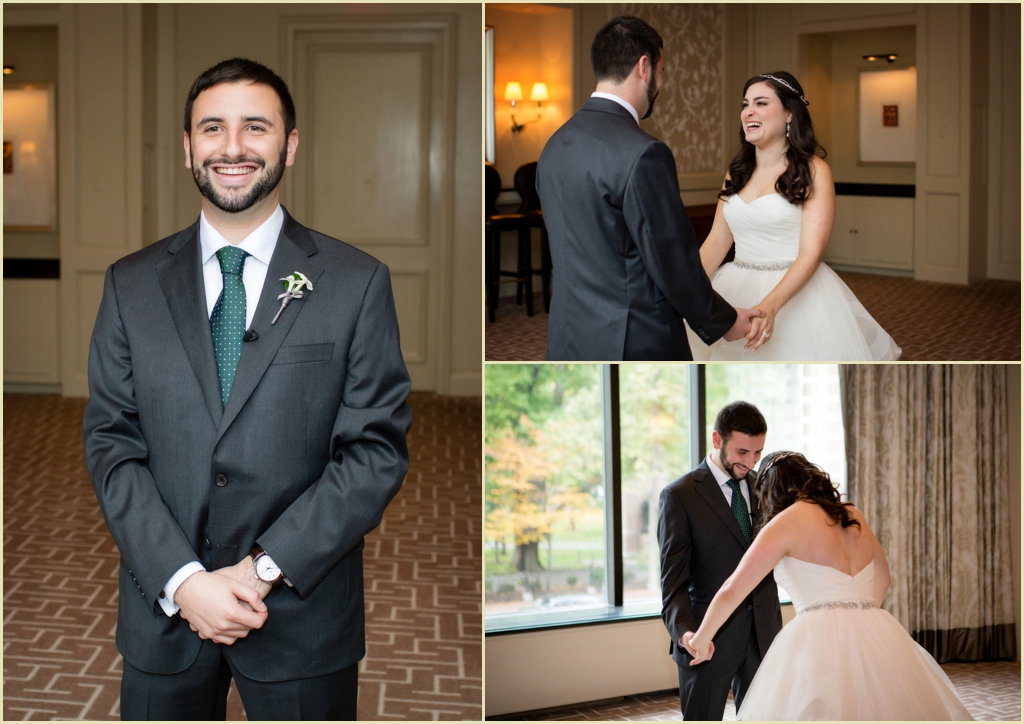 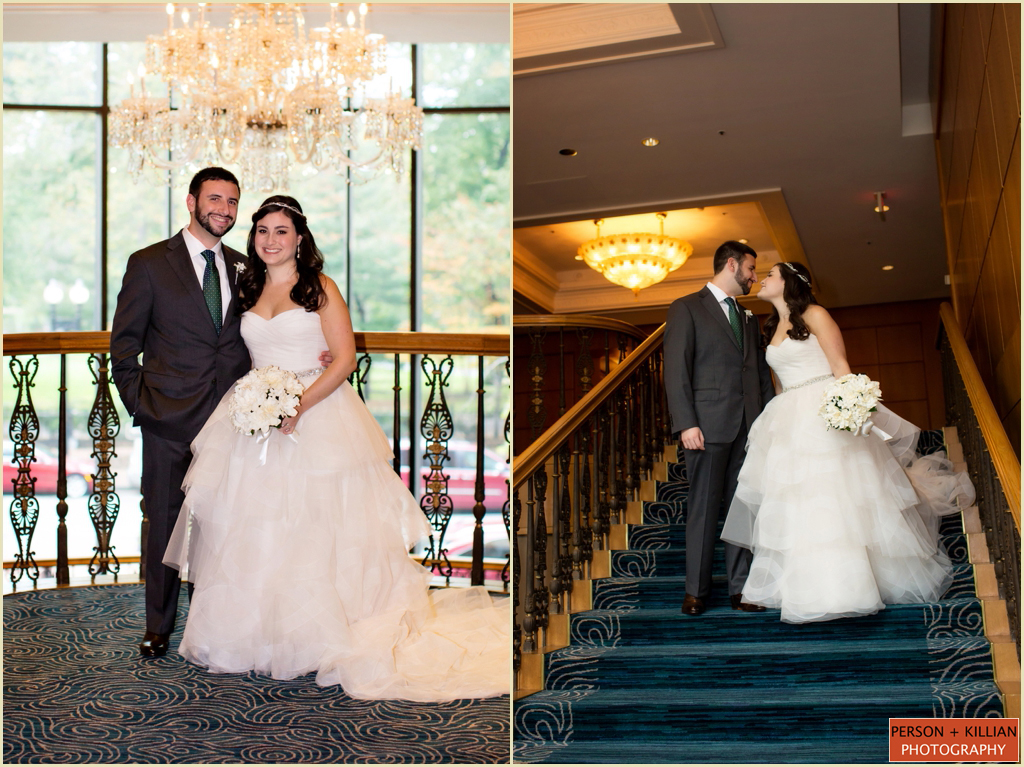 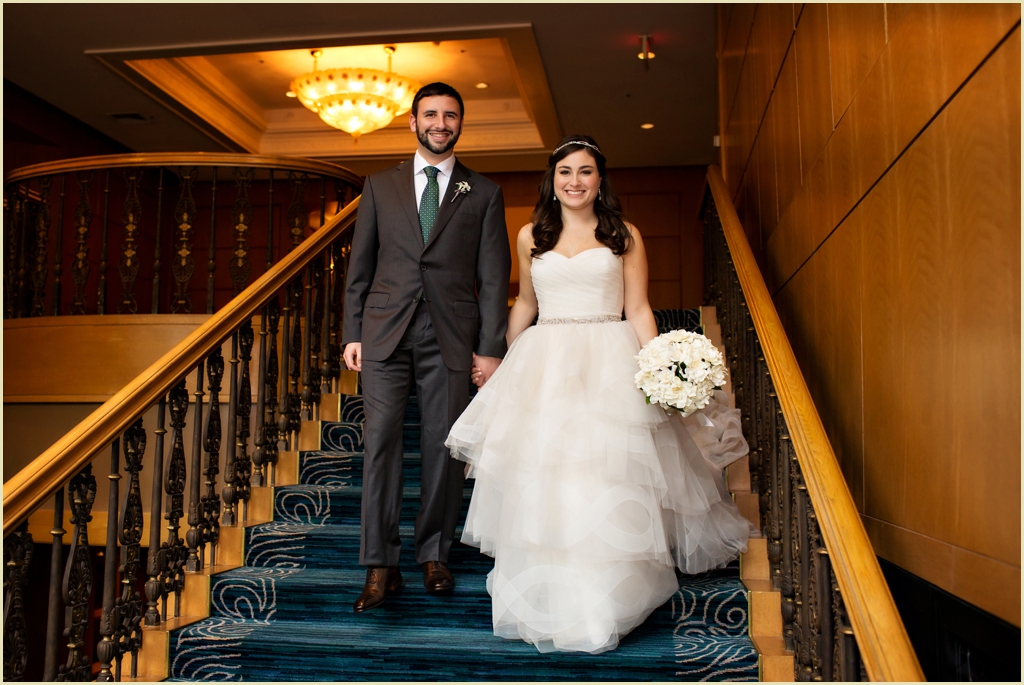 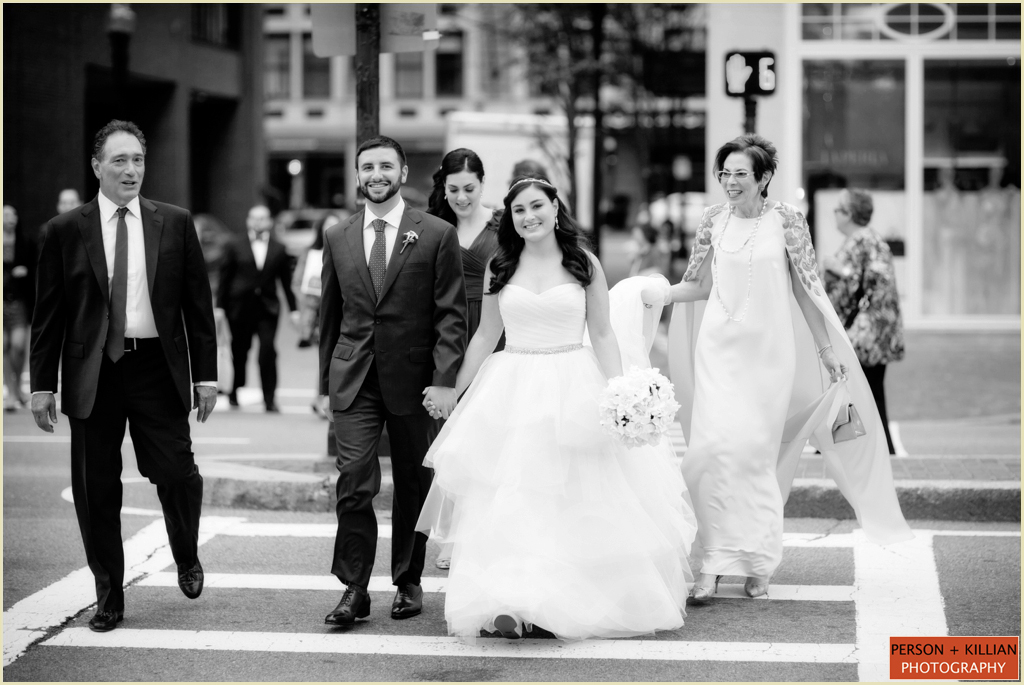 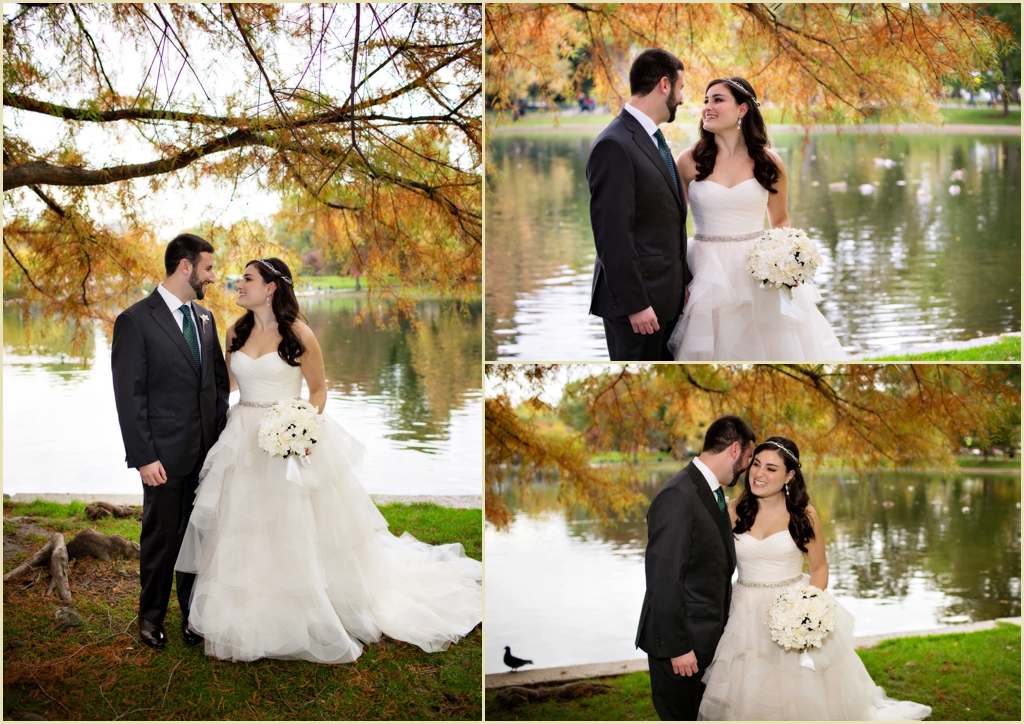 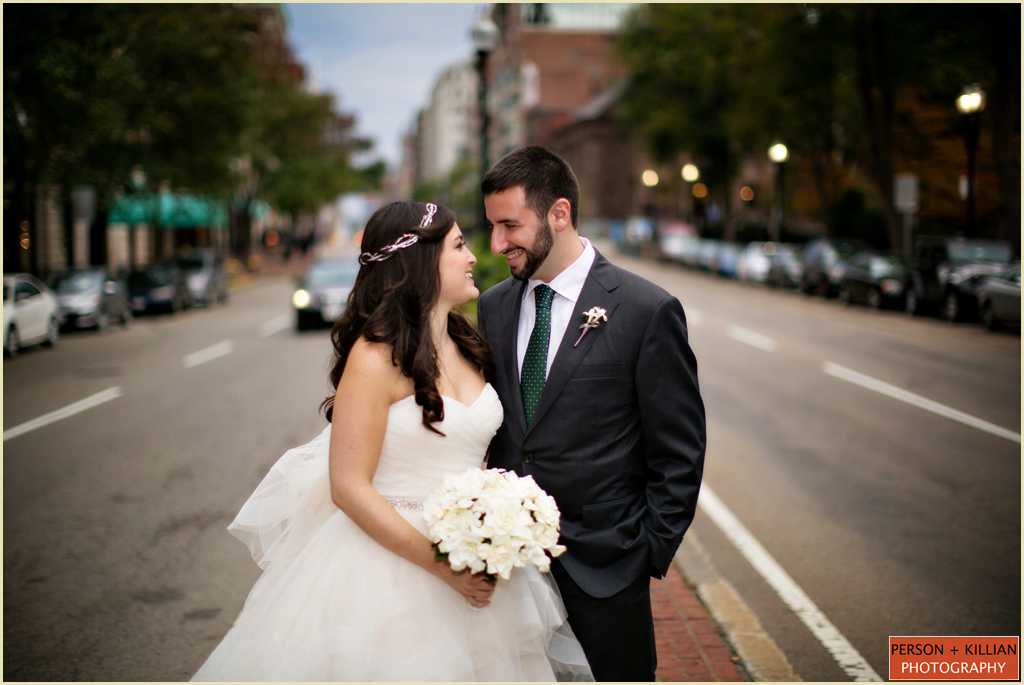 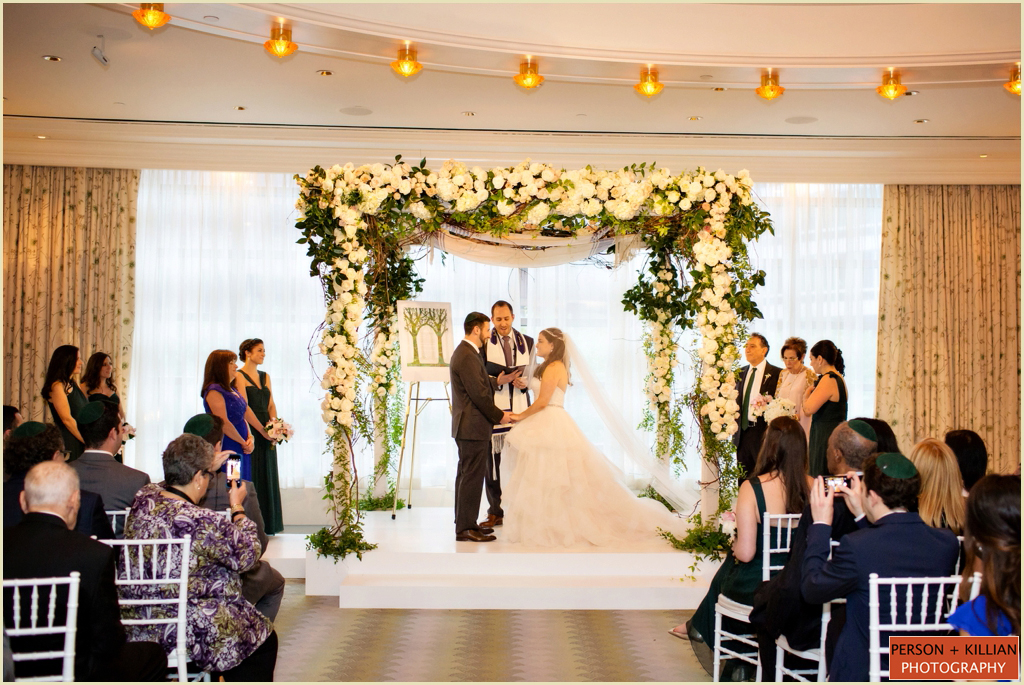 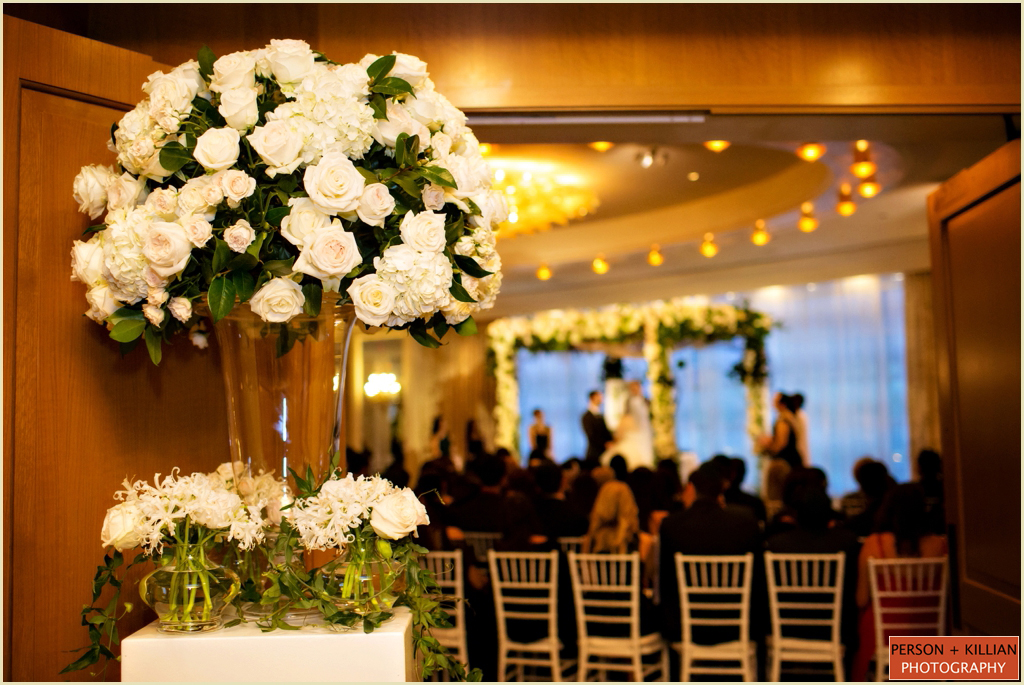 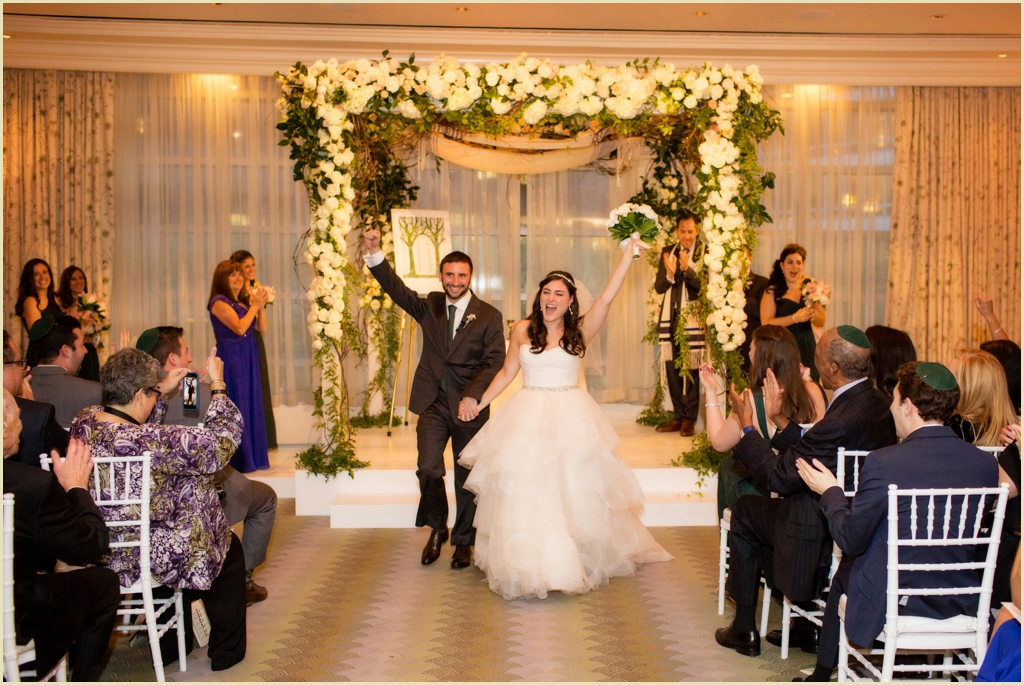 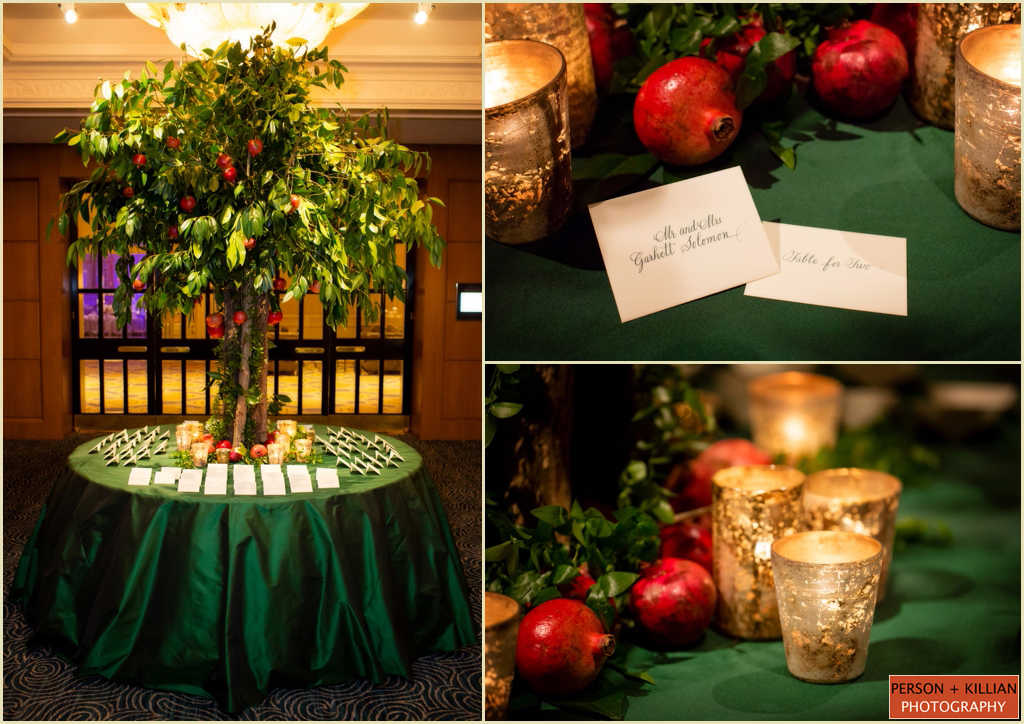 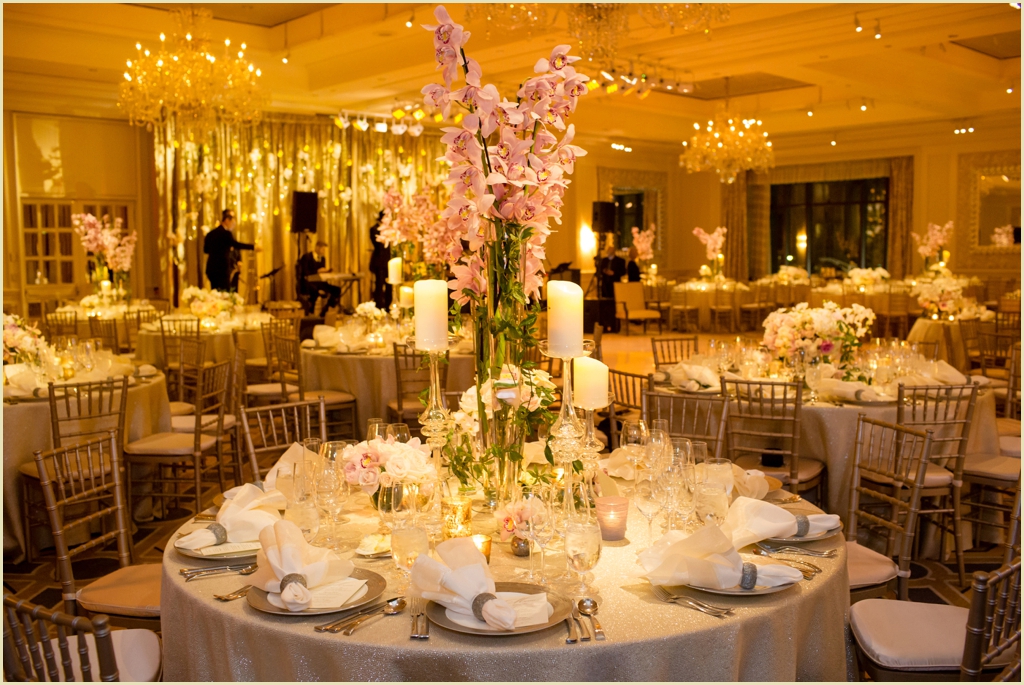 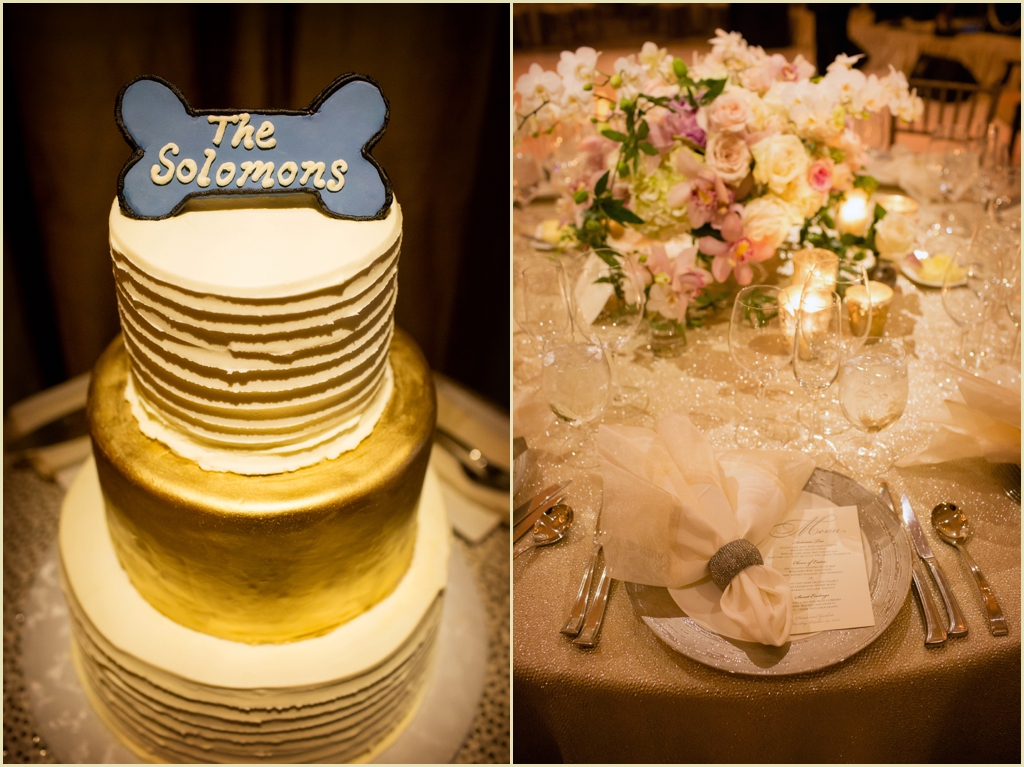 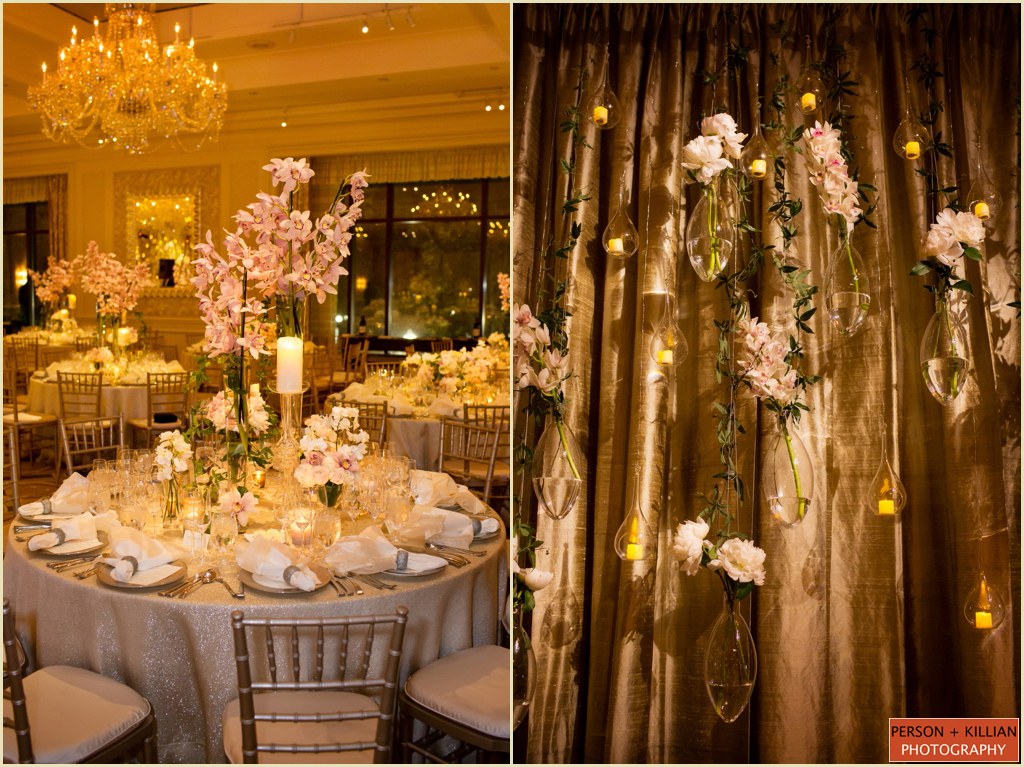 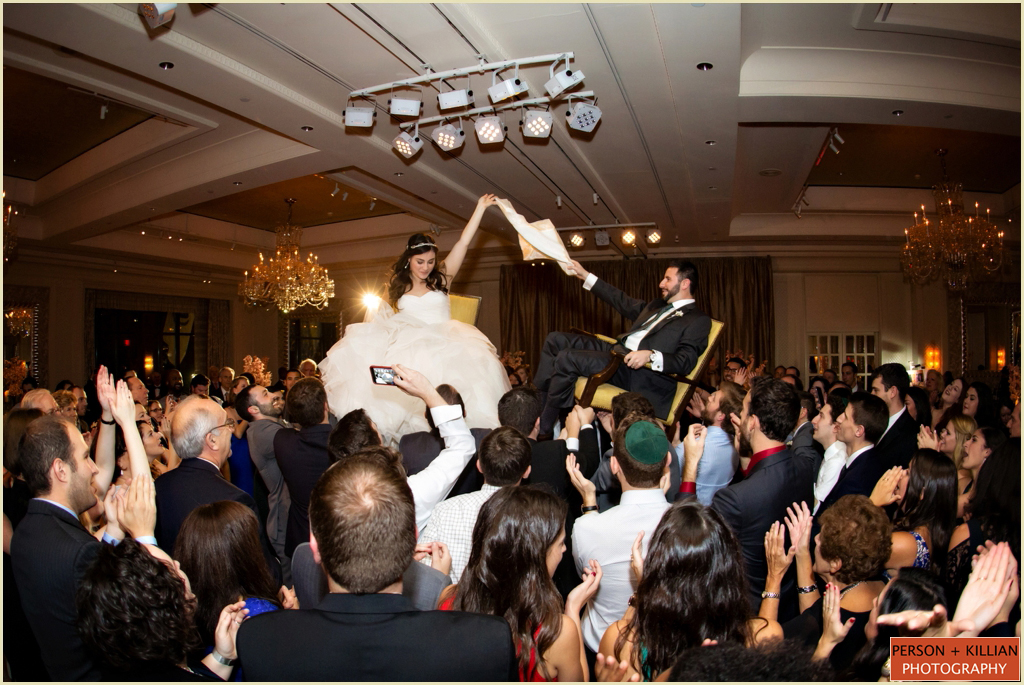 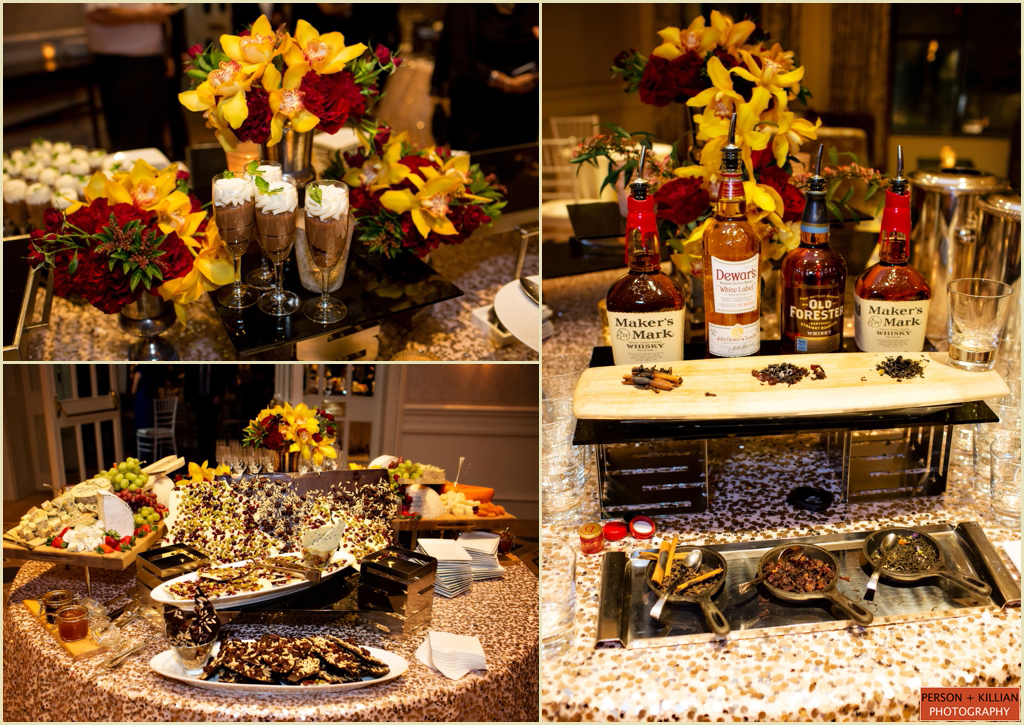 This post filed under: Four Seasons Wedding with Hopple Popple. Jill Person and Lauren Killian of Person + Killian Photography. Jill and Lauren can be reached directly through their site at www.jillperson.com or via phone: 617-236-1662.