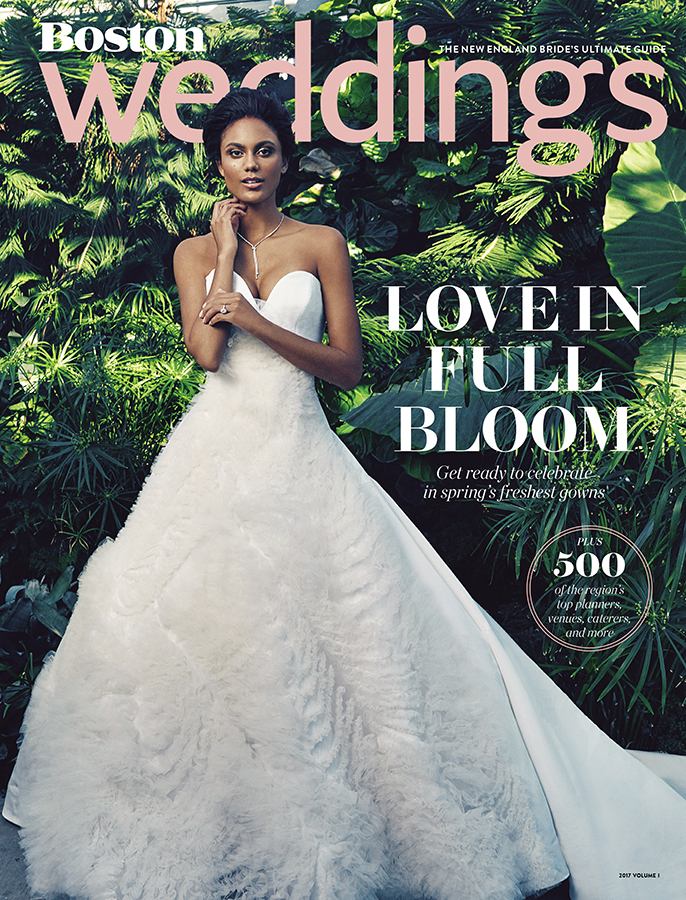 It’s officially wedding planning season and with that comes new issues of all of our favorite magazines on newsstands. We are excited to see the real wedding of Ashley and Brian in the latest issue of Boston Weddings Magazine.

Story by: Jule Suratt – “When the bride-to-be Ashley Swafford was searching for a photographer to capture her wedding to fiancé Brian Petruzzelli, she had just one request: a portrait in the middle of Boylston Street. “If you can make that happen,” she told shutterbug Jill Person, “you’re my girl.”

Ashley had always felt a strong connection to New England, but living in Las Vegas, it was hard to find someone who shared her affinity for the region. So when she met Brian at a mutual friend’s party, she instantly connected with the Dedham native. “He had that Boston swagger about him,” she says. “He was a tough guy with a soft side.”

A year and a half after they started dating, Ashley, who travels frequently for work, was grounded by a massive snowstorm in Springfield, Missouri. She eventually got back to Las Vegas – 12 hours later. Brian met her at the airport holding flowers. “I used to joke that the airport was the only place I could see her, that had to catch her either coming or going,” he says. So he did, getting down on one knee and proposing before a crowd. “I said yes.” says Ashley, “once I caught my breath. It was magical.”

Thank you to Boston Weddings for featuring this beautiful wedding and to Eric Czerlonka and his team at Czerlonka Event Design & Management for sending this lovely couple our way. 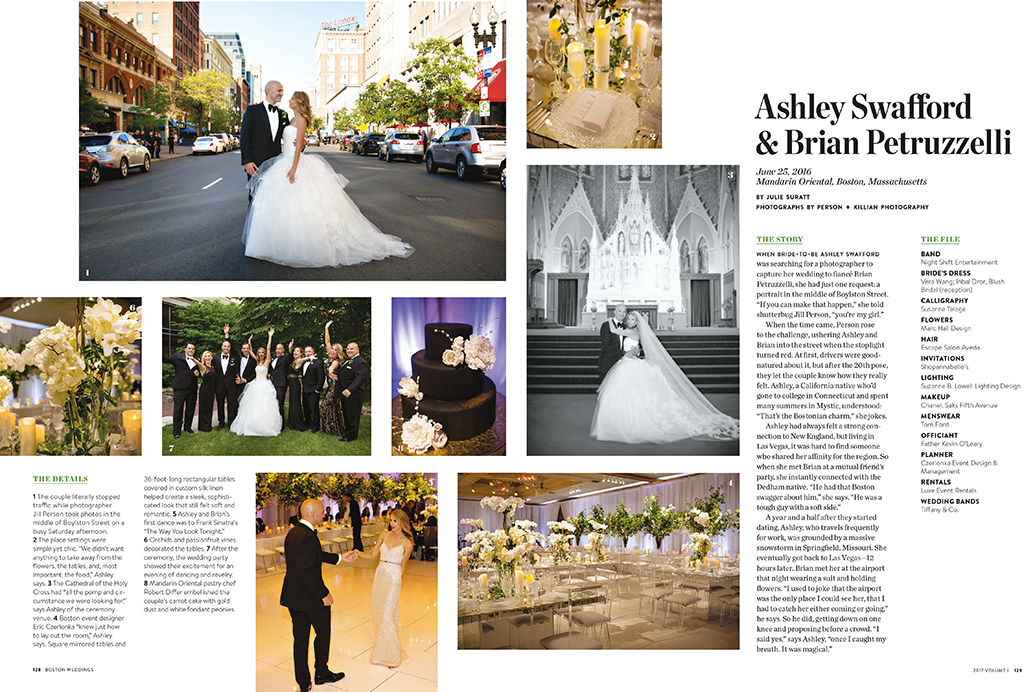 Thank you to this A-team for creating the wedding of Ashley and Brian’s dreams that we were able to capture: